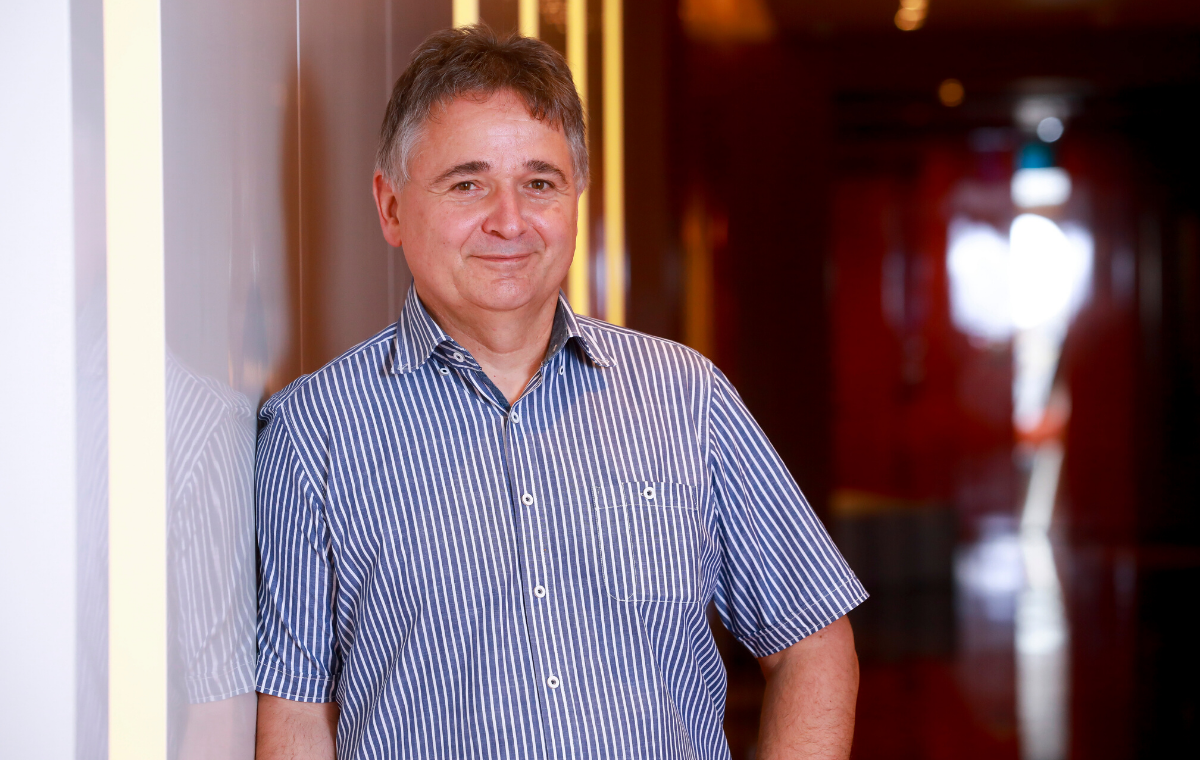 Technology, mechanics and design have fascinated Jens Schneider since childhood. He loved drawing, steam engines and locomotives. He had a special relationship with his grandfather, himself a locksmith and precision mechanic. Together they built unusual gadgets and so developed his keen interest in using his own ideas to set things in motion in a controlled manner.

Jens Schneider began his training as an industrial watchmaker in the watch mecca Glashütte. In this profession Jens Schneider combined technology, mechanics, movement and design in a perfect way. Shortly after completing his training, he himself trained in this profession before being employed by the Glashütte watch companies in prototyping. At the same time, he began a correspondence course in precision engineering at the Glashütte School of Engineering, which he successfully completed in 1993 as a technical college engineer.

With the fall of communism, new possibilities opened up in Glashütte. At first Jens Schneider worked as a watchmaker in the VEB Glashütte Uhrenbetrieb (GUB) until he applied for a job at the newly founded company A. Lange & Söhne. Initially working in prototyping, his path led him into construction.

Here he worked on many developments of the new watches of A. Lange & Söhne and was significantly involved in the development of the “ZEITWERK”. Jens Schneider was always on the lookout for new challenges and then found them at Moritz Grossmann, where as head of the construction department he was responsible for the essential technical developments of the still young company.

For Jens Schneider, the development of a watch is a flowing process with the aim of optimally merging mechanics and design. Jens Schneider finds inspiration and motivation in the beauty of seemingly simple things, but it is simplicity that sets a particularly high standard for the development of a new construction and its design. Functionality and design, craftsmanship and mechanics should unite in a complete work. Jens Schneider develops more than just a watch. For him, attention to detail determines the high art of watchmaking. Only when functionality, usability and artistic standards are combined in a new development Jens Schneider’s demands for technical perfection and high aesthetic sensibility can be satisfied.

In the industrial production of watches, this claim is becoming increasingly difficult to enforce. So it was only logical for Jens Schneider to realign his path and establish himself as an independent watchmaker. Here he was able to pursue his passion in dealing with the most diverse materials and traditional production methods. Until the watchmakers of Lang & Heyne finally approached him. Carried by the same passion, at Lang & Heyne he finds creative and highly motivated watchmakers who share his spirit. Here he can bring in his rich experience and finds a fertile ground for his ideas as head of the development department at Lang & Heyne.