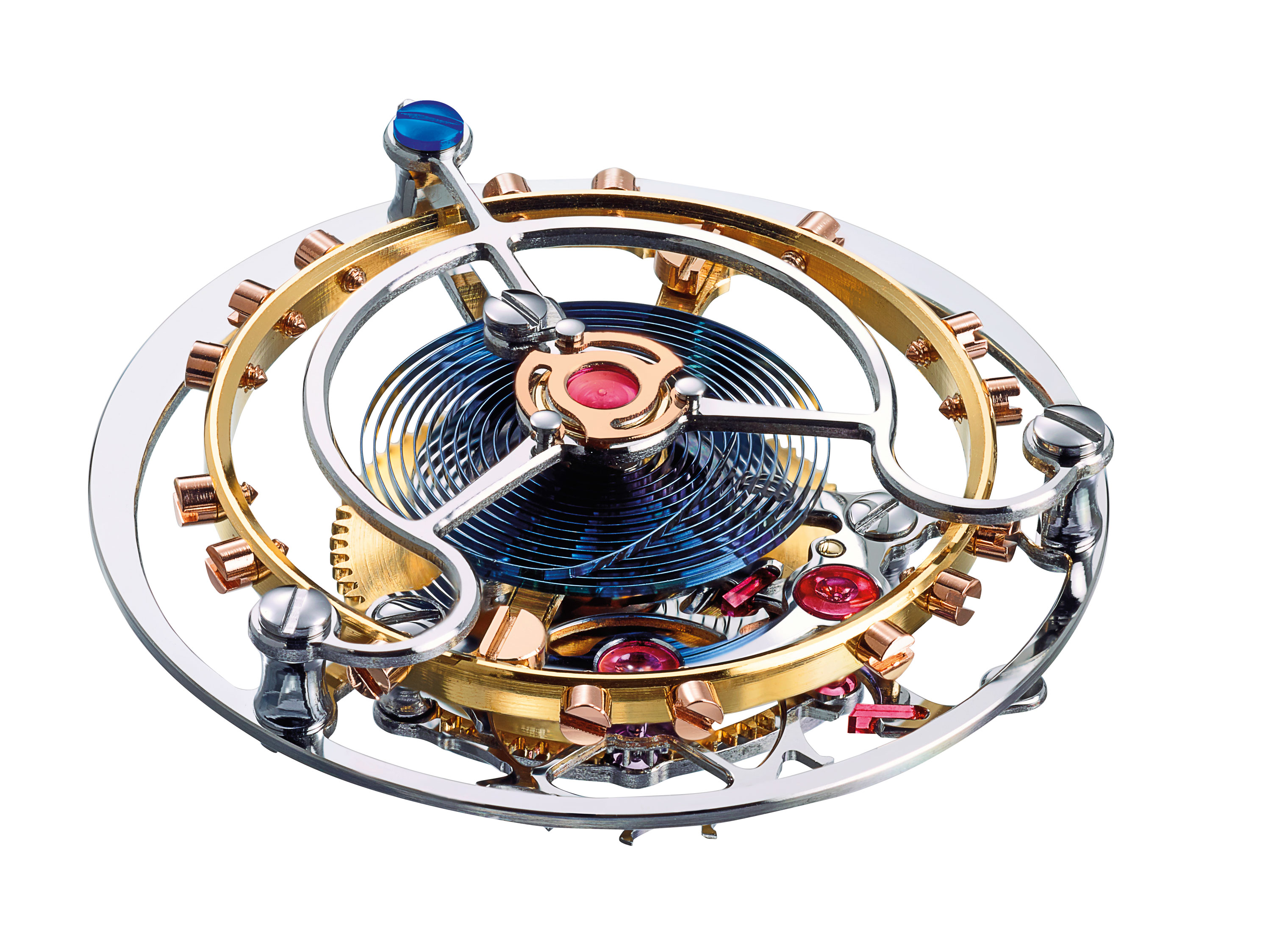 Today I am going to tell you few details about our ANTON. This model is based on our GEORG. A special construction of the gear train forms the basis. The shaft of the center wheel moved up. The movement arrangement is more harmonious and we have more space in the base area. Space, for a visible tourbillon on the dial.

You are probably wondering why we have such complications? Is it for optical reasons – something that is moving – to have a complication?

Yes and no; it is mainly due to technical advantages.

The accuracy of the watch is determined by the oscillation system. A system of balance wheel and hairspring, and during the movement, the anchor comes into play. Thus, balancing the system is not possible. This affects the moving in the following positions. If the axis is on a horizontal level – eccentric center of gravity – the running in each position differs.

The watchmaker Breguet had the genius idea to implement it into a rotating system. Because the system is rotating, the center of gravity error will be averaged, consequently the displayed time is more accurate.

I have to add, that these additional parts can lead to few disadvantages. The cage will be accelerated by the gear train whenever the balance swings. Accelerate rapidly and stopped shortly after by the escapement – of the tiny escape wheel tooth and anchor pallet. If the case was heavy, the running would be affected negatively. The skilled watchmaker has to make it thin and filigree.

The design of our tourbillon is based on the idea of the Glashutte watchmaker ALFRED HELWIG. Alfred Helwig was a teacher at the watchmaking school and focused on tourbillons. He tried to minimize these disadvantages. His idea: a very filigree cage made of hardened steel for steadiness. The shape will be CNC-cut and, after the hardening, finely polished and chamfered by hand.

Helwig came up with a special omega shape with arches. This allows a certain elasticity for the system. The focus of each rotating system should be centric to the axis. And so for the cage, too. Otherwise a different driving force would be generated. Therefore, our watchmaker has to balance-out the whole cage on the poising tool – after the montage. For the balancing, the watchmaker requires a good position. The escapement on a tourbillon is positioned on one side and thus creates an overweight. Therefore, he designed a thickened area on the circular bottom cage. On this thickened area, the watchmaker is able to remove material for the balance-out. (see Caliber IX to ANTON)

Simultaneously, Helwig positioned the escapement below the tourbillon cages. The whole system becomes flatter and lighter. The best know feature is the mounting of the cage. Usually, to fix a turning element two bearings are required. A bridge will be positioned over the tourbillon for the bearing, and a pivot has to be designed on the upper part.

The filigree construction and many components make it difficult, bringing the two pivots into one axis. Those many tolerances may lead the pivots to be off-axis, which would be a disadvantage.

Helwig considered bringing both bearings into one axis. The cage is flying mounted. Neither a bridge nor a pivot is required. Turning the watch around, we see a very massive steel bridge. Here the bridges are made of steel. The bridge has a cutout. Where the pinion for powering the cage is located. At the top and at the bottom – below the pinion – is a jewel for the bearing. Both bearings are in one axis. This guarantees that the cage is spinning in one axis.

The beautiful blue balance has a final curve, for an even centric breathing. Nowadays, the blue color has only an aesthetic aspect. Our watches shall be beautiful to look at. In the past, the balance was made of steel. During the hardening and tempering process, the balance received its blue color.

That’s it, a brief overview about our tourbillon. Helwig went more deeply in his chronicles.

Reducing the inertia is possible through slowing down the rational speed of the cage. Or adding an additional wheel. Our cage is too small for this. Hence, our circulation speed is one minute. The blue screw is our seconds’ counter.

Thank you for your attention! We hope you enjoyed this.

One final remark: a frequently discussed topic: Is there a need for such a complicated watch? The watch/my arm is constantly moving? Why does the cage have to turn? Not all possible positions can be taken. Crown on top might be for those resting their head frequently. This position gets more difficult. And once moving is very inconsistent. As the tourbillon is even turning, it guarantees that all possible positions will be taken. Watches without tourbillon have main positions. Well known for watchmaker: crown down and left.

Now I am really at the end. Thank you very much and until next time.