Historic personalities as namesakes for our watches

Our watches are dedicated to selected rulers of the large mural of the House of Wettin, one of the oldest families of the German nobility. This mural is in the historic center of the Saxon state capital – our hometown – Dresden and is called the “Procession of Princes” (Fürstenzug). It impressively shows the ancestral portraits on tile mosaics made of Meissen porcelain. On this immortalized are the ancestral portraits of the 35 margraves, electors, dukes and kings between 1123 and 1904. 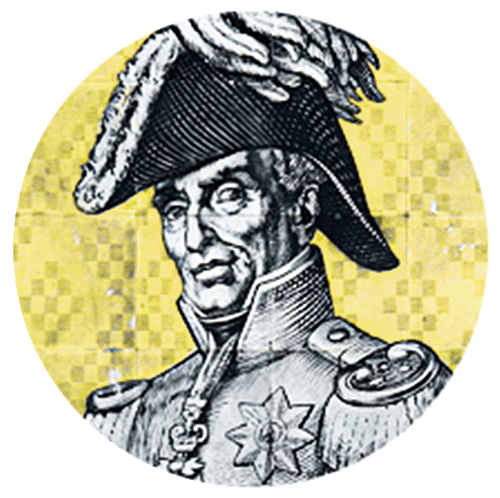 Anthony the Kind
King of Saxony

Anton, a fifthborn and passionate about music and genealogy, was not destined to govern. He wanted to become a clergyman, but eventually took over the throne of his deceased brother as a middle-aged man. During revolutionary times he acted with cautiousness, tolerance and understanding, thus the people called him „the Kind“.

FRIEDRICH AUGUST I, THE STRONG
AUGUST II, KING OF POLAND

The highly educated and artistically gifted monarch, King Johann, not only translated Dante’s “Divine Comedy” into German, but also created several own works. He examined and renewed numerous aristocratic rules and led Saxony’s economy into a blooming period of economic development.

As one of the most important rulers of Saxony, the elector Moritz combined political and military talent with an interest for culture. He ruled Saxony from Dresden with political delicacy and laid the foundation for a cultural as well as a political revival of that town. 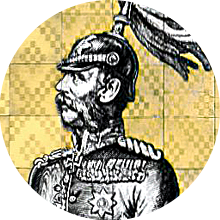 As a general in the army, the son of King Johann proved his great military skills and played a big role in encouraging the social development of Saxony. His 30-year reign took place in the age of industrialization of Germany, in which Saxony became an economic heavyweight. 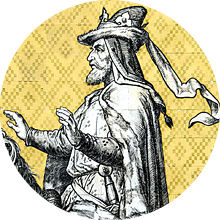 KONRAD I THE GREAT
COUNT OF WETTIN

With self-assurance and the right touch of politics, the name Wettin was brought to the Saxony of today. So, he’s the progenitor and laid the foundation for future sovereigns. This is why he heads the Procession of the Princes of Saxony at Dresden castle. 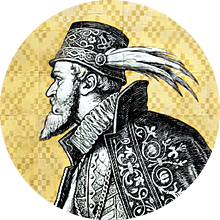 AUGUSTUS I. ELECTOR OF SAXONY

Augustus I. who called himself Augustus became elector of Saxony after the death of his brother Moritz. He laid the foundation for the famous art and science collections of the Dresden Court. Mechanical timepieces being one of his greatest passions. 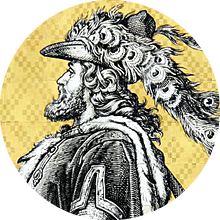 Justice and dignity marked Heinrich’s III reign during the age of the knighthood, which earned him the nickname “illustre”. He hosted large celebrations and tournaments to symbolize his power and showed sensitivity for culture and beauty. 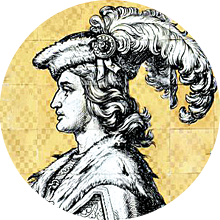 Margrave Friedrich II accepted his inheritance as a child at the age of 13. Despite years of war and adversity, he consolidated the economic and political power of Saxony. Friedrich was knighted at the age of 29. With his upright and disciplined lifestyle, he withstood the proliferations of chivalry during his time. 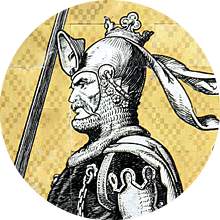 In 1349, Friedrich III took over the lands of Thuringia and Meissen from his father, governing them together with his brothers. During his regency, Friedrich III consolidated the inner structure of the country. He pursued the increase of Wettin’s properties and internally expedited the development of public administration with determination. 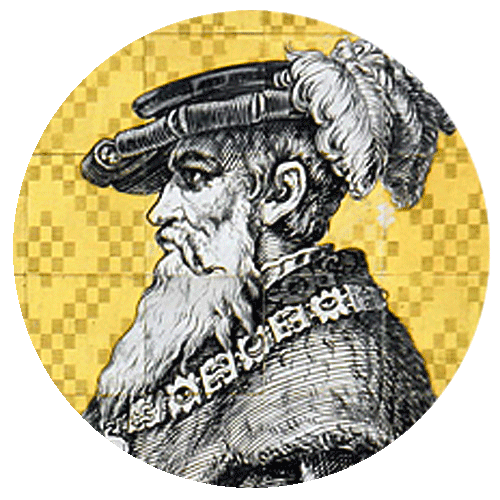 GEORG THE BEARDED
DUKE OF SAXONY

A romantic story! As sign of his love and deep grief, Georg grew a beard after the death of his beloved wife Barbara. Henceforth he was called “The Bearded”.
During his lifetime, Georg was a highly religious ruler with a strict attitude to morality. He took care of an economically and financially consolidated Saxony up until old age.